Lil Baby Reveals His Experience With Kanye West In Wyoming! Details of  Lil Baby’s  experience working with Kanye West in Wyoming last year have emerged. Last year, Kanye West tweeted that Lil Baby was his favorite rapper adding  “but he won’t do a song with me” A few days later, the Atlanta rapper revealed that he was completely unware that Kanye wanted to collaborate with him.

“Nobody told me ye was trying to get me on a song, that’s fucced up,” Baby tweeted before adding: “@kanyewest no disrespect nobody told me”. A month later, Baby and Kanye were spotted in the studio working on what looked like new music.

In an interview with NME, Baby talked about collaborating with Kanye and what really inspired him during his time at wyoming.

“[After the tweets] I tried to reach out to him,” he said, referring to his initial interaction with Kanye West. “I got his number to give each other a direct line then he sent me on a jet to Wyoming – and the rest is history.”

Asked about the music they worked on, he opted not to share too much information about it. He did, however, say “he had some songs that I started to lead on”. He added: “I didn’t actually see [West] work on music too much… but I saw him working more in a different form – working on his clothing line and his shoes. That’s even more inspiring than the music.”

It remains to be seen what will come out of the Kanye-Lil Baby Project, as fans anticipate new music from the duo on Kanye’s next project. 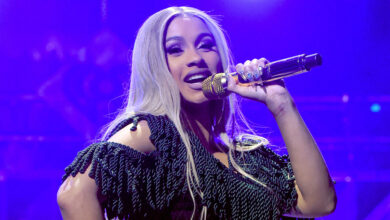