Former President Barack Obama Names His Favorite Jay-Z Song! Former POTUS Barack Obama has opened up about the influence Jay-Z’s ‘My 1st Song’ had on him during his time as President of the United States. Obama who recently enjoyed a podcast run alongside Bruce Springsteen with Spotify’s Renegades: Born in the USA, is well-known for being an ardent music fan and he would often share playlists of his favorite songs during his reign at the White House.

Obama recently presented to his nearly 35 million Instagram followers the rare opportunity to send in their questions about his podcast and other topics that he would answer. Complex used the opportunity to ask the former President if there was any verse he could recite by heart, especially given his public admiration for a number of rap greats. As per Obama’s explanation, in his response, he has maintained adoration for Jay-Z’s Black Album cut “My 1st Song” that dates way back to his pre-POTUS days.

“First of all, Complex, you do not know want to hear me rap,” he said. “When I have tried to rap, my daughters have rolled their eyes, covered their ears. They think it’s painful. They even think my dancing is better than my rapping. Now, having said that, I’ve mentioned a couple of songs that even when I was running for president came up a lot on my iPod. One of them was ‘My 1st Song’ by Jay-Z, which is a song that I love because it talks about the struggle of just trying to make it. And sometimes you have to resort to false bravado and hustle and tamping down your insecurities and when I was running for president, obviously, at that point I didn’t know whether I was gonna make it.”

.@BarackObama opens up about his love for JAY-Z’s "My 1st Song"

Obama particularly pointed out his personal connection he says he feels with the song’s chorus.

“There’s a line in there, ‘Treat my first as my last and my last as my first and my thirst is the same as when I came,’” he said. “And I actually kept on listening to that song during the presidency because it was a reminder that—even when you do make it—having a little bit of that sense of still being hungry, still having to work hard, still having to prove something, that’s what keeps propelling you forward. But I’m still not gonna rap it.”

Revealed: Why A Rick Ross Album With Drake Could Be On The Way 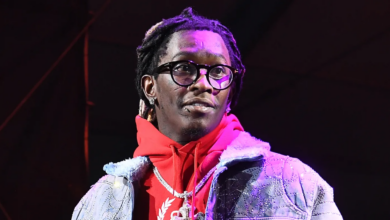