Gwen Stefani And Saweetie Get Together For “Slow Clap!” (Remix) – Gwen Stefani has enlisted the lyrical prowess of west coast rapper Saweetie for her new revamped version of  “Slow Clap,” which is also accompanied by an electrifying, high school-themed music video.

By making use vibrant colors and equally bright verses, Gwen Stefani proves her worth as an elite collaborator by bringing on board Saweetie who gives the song a whole new flavor.

Saweetie delivers her verse with some sort of unapologetic confidence, rapping over the ska-infused instrumental: “My favorite position is CEO check the stats/ Me and Gwen Stefani snatchin’ wigs on the track.” She also references tennis star Naomi Osaka, saying, “servin’ aces like Naomi,” and pays homage to Stefani’s songs “Hollaback Girl” and “Rich Girl” with the cheeky line: “I ain’t no Hollaback bitch/ Now I got it, I ain’t gotta act rich.”

Both Stefani and Saweetie announced news of the collabo on their respective Instagram pages, releasing teasers for the bright visuals. 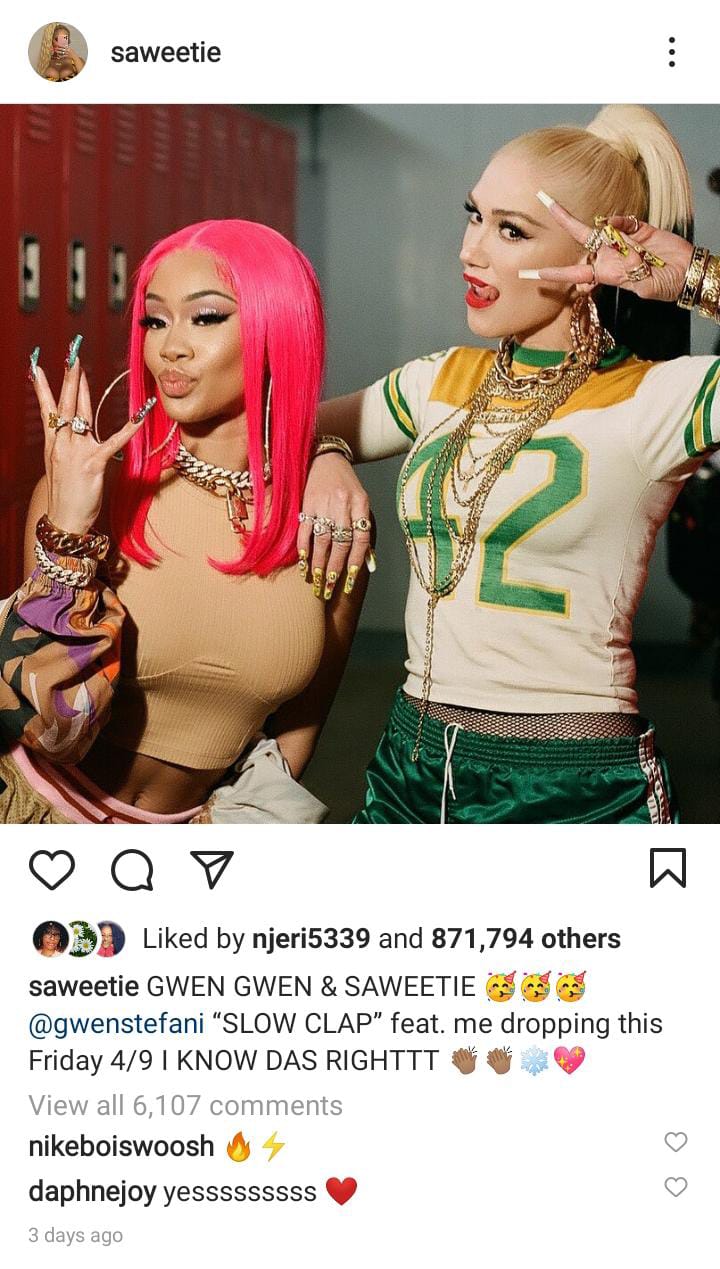 It feels great to see Saweetie on the new track, following the eventful last few weeks that she has had to go through. After the much publicized break up with her ex-boyfriend Quavo, a video footage emerged following a violent confrontion between the two in an elevator that reportedly happened a year before.

After the footage went viral on social media, Saweetie came out with a statement and clarified that the incident happened a year ago. They both seemed to have since reconciled from that particular disagreement but they still remain split.

Quavo also issued a statement giving his side of the story seemingly agreeing with Saweetie’s sentiments. However, despite all that’s going on in her personal life, Saweetie has never disappointed when it comes to delivering on the mic.

Check out Gwen Stefani and Saweetie’s new music video for “Slow Clap” below.

DMX Dies At 50, A Week After Suffering Heart Attack