Dr. Dre Back In The Studio With KXNG Crooked, Focus & Smitty – On Friday, new photos of Dr. Dre in the studio with KXNG Crooked, Smitty, and Focus emerged courtesy of Focus’ private Instagram account. Focus’ post saw the three hip hop artists in the studio together, with the caption “You see it!!! Group of kings…”

Crooked also took to twitter and shared one of the photos, where he Tweeted, “I told the [goat emoji] I’m on a mission with this one!” Both Crooked and Dr. Dre are natives of California, with Crooked formerly being signed to Death Row. All indications point to the west coast natives working on some new music in the studio. Hopefully, we will get to hear more about what they’re up to soon.

Seeing Dr. Dre out and about is certainly good news for many, following his admission in ICU after a serious brain aneurysm in early January. Brain aneurysms are very often fatal, so the hip hop community rallied behind the mega-producer in support as they hoped the very best for his health. On January 15th, it was reported that Dr. Dre had made it safely home and would be recuperating from there. Thursday last week, he was spotted on a dinner date with a woman in Hollywood, so it appears he is doing pretty well.

All in all, it’s a good thing to see the music icon back on his feet and doing what he does best: making music. 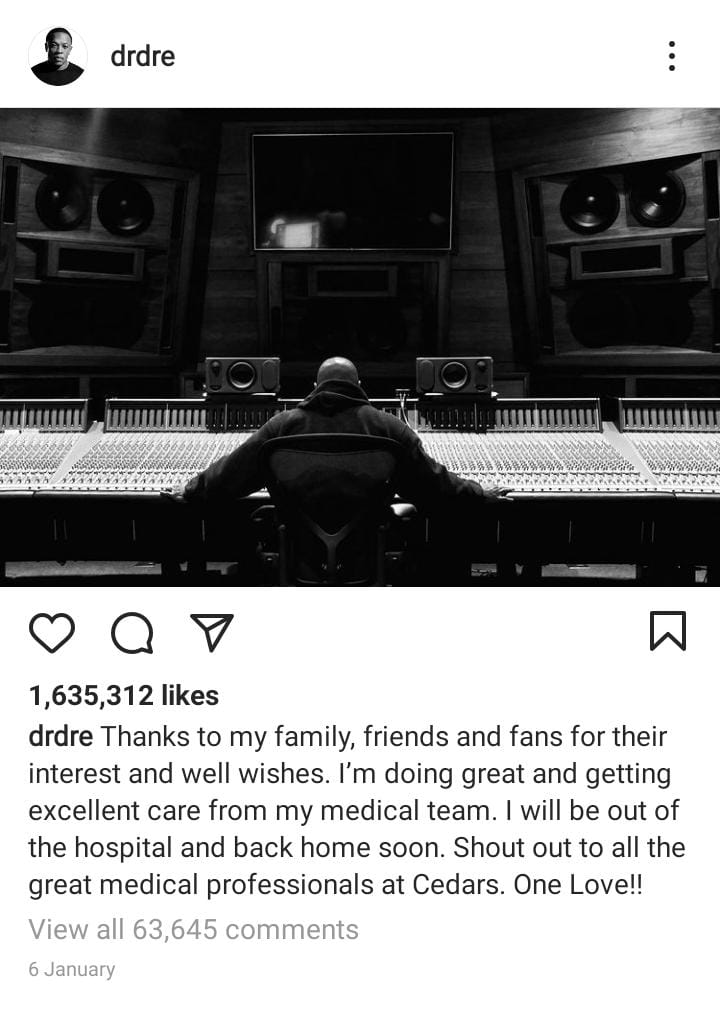