Drake Confirms “Scary Hours” Drops Friday Amid “Certified Lover Boy” Hype! Drake has something cooking up and he is definitely getting ready to feed the masses. The rapper’s much anticipated Certified Lover Boy is also touted to be nearly hitting streaming services that fans can almost hear sounds from the new album. However, the only updates that fans have been offered in recent weeks have been from DJ Akademiks.

The popular blogger stated previously, “Drake told me that it’s going to be dropping before April so he’s not waiting until summer to drop his sh*t. I don’t wanna say before April… April or before,” he later claimed that Drake told him to “sit tight n relax.” It looks like the patience is finally paying off as it appears a brand new Drake single will be coming our way at the stroke of midnight on Friday (March 5).

The Toronto rapper didn’t give away much information about the upcoming release apart from the release date, cover art, and of course, the title. It however remains unclear whether “Scary Hours” will have any features and additions, or if it is just a warm-up for what’s yet to come. On that note, Drake was recently spotted filming a music video with his team in his hometown. Nobody knows yet if that set was for “Scary Hours” or was meant for another single. Guess we may have to “sit tight n relax,” just as the rapper advised. 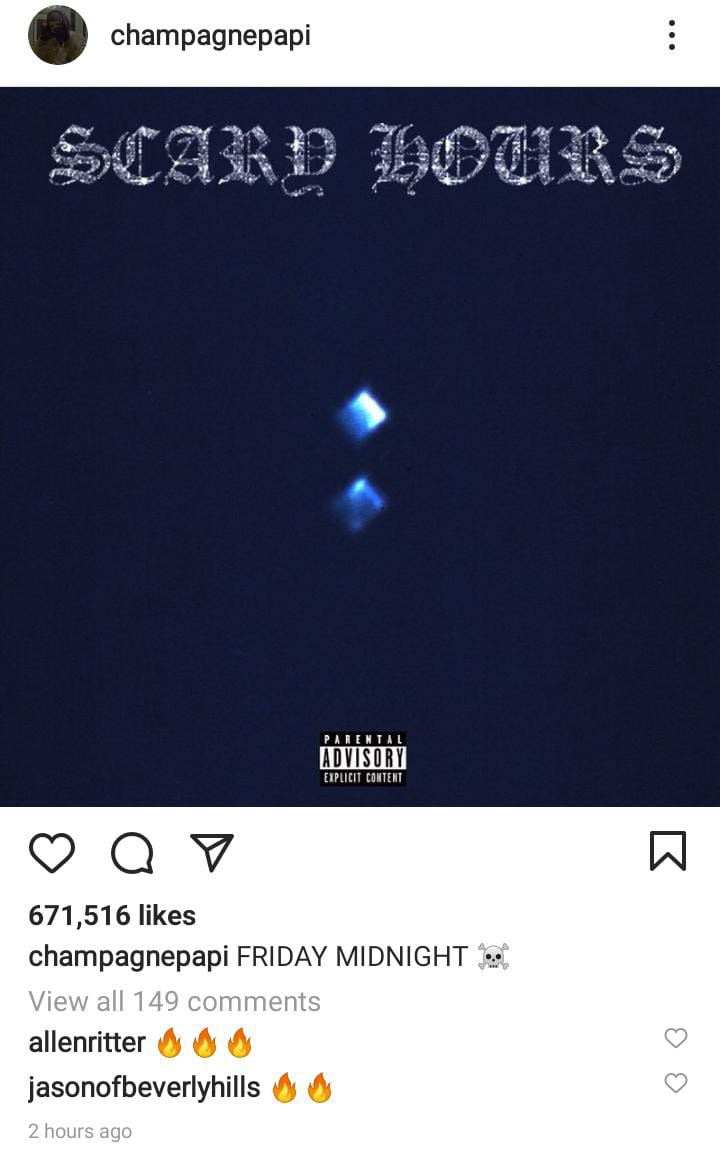 With this new development, the hype for Certified Lover Boy continues. The album is arguably one of the most anticipated albums of the year, and is reportedly going to drop within the next two months at least according to DJ Akademiks, who claims he got that information straight from the horse’s mouth – Drake.

Be sure to check out the cover art to “Scary Hours” below accompanied with a brief clip of Drake filming his upcoming visual as well as a few reactions from fans.

50 Cent Celebrates "Get Rich Or Die Tryin" Accomplishments + ‘The Massacre’