Kanye- Kim Kardashian Divorce In The Offing – 2021 is only a few days old and news of Kanye West and Kim Kardashian’s divorce has already taken the world by storm! Both sides are however keeping a low profile despite the buzz that the rumors about their marriage have created online.

According to a new Page Six report, which is yet to be confirmed elsewhere, the end of Kanye and Kim’s 7 year marriage is in the offing. After dating for close to 3 years, Kanye and Kim tied the knot in May 2014 in Florence, Italy. Their marriage was blessed with 4 Children, daughter North, son Saint, daughter Chicago and son Psalm. 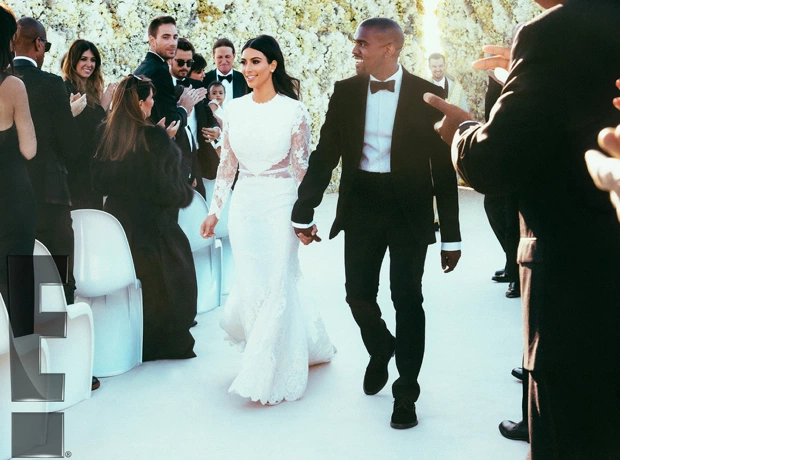 Sources close to Kim Kardashian claim that their marriage has hit the rocks and that Kim in particular has had enough of Kanye’s “bad behavior” – political or otherwise in recent years. She therefore wants some space to figure out the future. The reality TV Star, however, has yet to file for divorce. Kim has reportedly hired famed lawyer – Laura Wasser who is handling “settlement talks”

Attorney Laura represented Kim with her past 2013 divorce to NBA star Kris Humphries. Laura who also represented Angelina Jolie, can as well be referred to as the Simone Biles of divorce lawyers or the Michael Jordan of marital dissolution—there simply is no other! Well, in light of these, your wish is as good as mine as far as what the future holds for Kanye – Kim marriage.

Among the issues possibly fueling split rumors is the fact the couple has not been seen together for the better part of 2020 although reports showed that they planned to re-unite at the Wyoming ranch over Christmas. However Kanye West was conspicuously absent as Kim and her family gathered in Lake Tahoe to celebrate the holidays.

Back in July, during his first Presidential Campaign rally in South Carolina, Kanye tearfully divulged private information about their partnership followed by a series of twitter rants.

At the rally Kanye claimed Kim considered aborting their eldest child North, sobbing: “She had the pills in her hand. My girlfriend called me screaming, crying.

“I’m a rapper. And she said I’m pregnant. She was crying.”

On twitter,  he claimed he had been trying to divorce Kim for almost two years ever since Meek Mill and Kim met at a hotel. He also made claims that his mother-in-law Kris Jenner was a white Supremacist calling her “Kris Jong-Un” – likening her to the North Korean dictator.

Kanye further claimed Kim and Kris had tried to “lock him up” and told them to “come get him” at his ranch in Wyoming.

From the look of things, all signs indicate that Kim Kardashian is determined to follow the direction of her Compass this new year – a totally new direction: away from West!

A tweep reacting to news about the said divorce on twitter left netizens in stitches after dropping the below reply.