Xzibit’s Wife Reportedly Files For Divorce A few Months After He Condemned Dr. Dre’s Split! As things stand, it looks like rapper Xzibit is headed to the divorce court — just months after he publicly condemned Dr. Dre’s pending divorce from Nicole Young. As per TMZ, Krista Joiner filed the paperwork at Los Angeles Superior Court Monday (Feb. 22) after nearly six years of marriage.

The couple began dating back in 2001 and ended up marrying in 2014. Soon after the reception at the St. Regis Monarch in Laguna Beach, California, the former Pimp My Ride host was stopped by law enforcers for speeding the following morning. Officers claimed he reeked of alcohol and immediately arrested him for Driving Under Influence (DUI).

XZ has teamed up with Dre in the studio in recent months following Young’s divorce filing. In September 2020, he was full of praise for Dre with an Instagram post, writing, “@drdre has done so much for so many. I will always have the upmost respect for him. He has changed lives and made dynasties. We all we got. Fuck all the dumb shit. That’s it that’s all. XZ.” 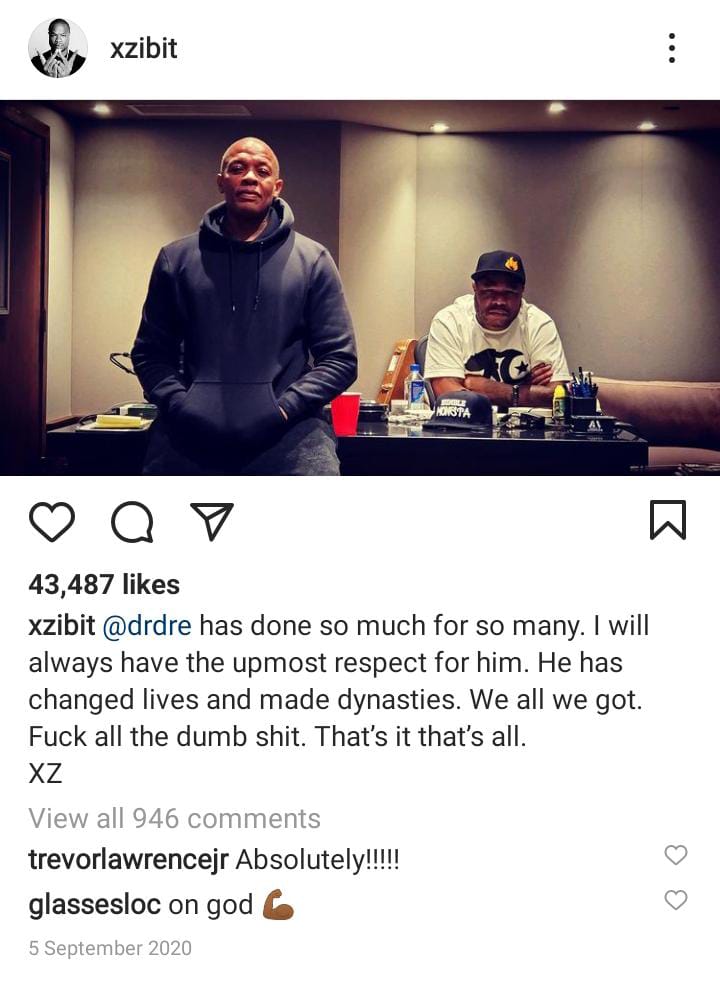 Xzibit and Joiner’s 20-year union was blessed with two children Xavier and Gatlyn. The couple suffered the ultimate loss when Xavier passed away only 11 days after his birth. During a 2018 interview with HipHopDX, the Detroit-born rapper talked about how Hip Hop got him through some of his tumultuous times.

“It’s my outlet,” Xzibit said at the time. “It saved my life. Hip Hop saved my life definitely. When I didn’t have an outlet to kick and scream, thank god I found Hip Hop because I would have been like everybody before me that succumb to pressures of life and kill somebody and just do something stupid, or jeopardize my freedom. I’m thankful that Hip Hop is here for me and that I was able to do what I needed to do with it.”

Details of the divorce are still scanty at the moment as it remains unclear whether Xzibit had a prenup in place or if Joiner is seeking spousal support.

JAY-Z Sells 50% Stake Of Ace of Spades to LVMH