Megan thee Stallion Earns Gold Status For “Good News” – Megan Thee Stallion has had a gargantuan year and a half! Since debuting on the scene, the Houston Hottie’s rise to the top has been a meteoritic one to say the least. The release of her 2019 single “Big Ole Freak” was such a huge success helping the artist to soar beyond the skies. The single earned her a spot on the XXL “Freshman Class” list the same year. Ever since, the 25-year-old rapper has gone on to become one of the most recognizable faces in the music industry.

With the continued success of “WAP” and “Savage,” the rapper earned a spot on Time’s annual 100 most influential people list last year. Surprisingly, Megan accomplished all these before even debuting her first official project- an extremely impressive record! The rapper has just earned another accolade for her debut album Good News, scoring an RIAA Certified Gold Record for the effort. Megan proudly revealed the news on her Instagram on Friday (January 29), sharing a snap of the certification. She wrote in the caption, “GOOD NEWS IS ALREADY OFFICIALLY GOLD HOTTIES,” followed by a couple of very-fitting flame emojis. 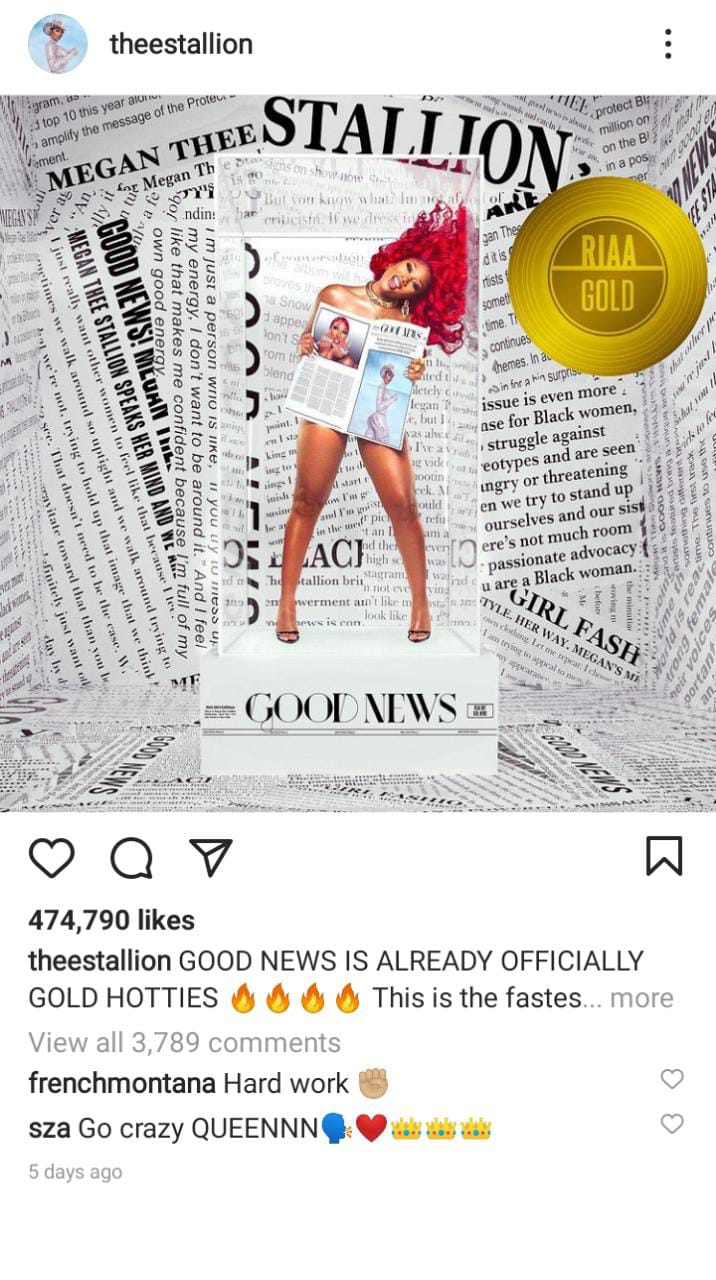 She added, “This is the fastest y’all ever ran it up lol I love all of y’all and we gone keep going tf up,” referring to the fact that this is the fastest one of her projects have earned that distinction. She concluded, “REAL HOT GIRL SH*T.”

Megan Thee Stallion released “Girls in the Hood,” “Don’t Stop,” with Young Thug, and “Body” as singles from the project, the latter went on to peak at no.12 on the Billboard Hot 100 chart.

We take this opportunity to congratulate Megan on her latest accolade!