Cardi B Comes Out In Defence Of Her Dominican Roots Amid Comparison To DaniLeigh! Since DaniLeigh  shared her song “Yellow Bone”  social media has been melting with heated debate as the colorism conversation returned. The artist’s video didn’t go down well with her fans. In the song, she sings “yellow-bone, that’s what he wants,” with reference to the color tone of her skin. Some fans were of the idea the song was intended to throw shade towards DaBaby’s ex, MeMe, a Black woman of a deeper complexion.

Despite issuing an apology and her defense for the same, the colorism debate continued as People discussed DaniLeigh’s alleged non-Black Dominican heritage, comparing her to Cardi B, a Dominican artist who embraces her Blackness.

“This whole argument and me bringIng up my family tree is because for the last 4 days ya been comparing to some1 I don’t look like at all because we have the same nationality,” wrote Cardi. “Nationality is not a color or a race.” She added, “Ya really sit here in comments arguing and don’t be makin no sense .My grandmother fully Afri Caribbean black .My grandfather was light ( my complexion) that’s why my mom is light and sunshine of her siblings are brown .AFRO CARRIBEAN EXIST !”

Cardi went further to share her family photos and addressed fans who tweeted her about why she felt the need to speak up about her heritage. “Every 6 months I gotta explain myself cause people can’t research,” she told one Twitter user.

Here are the photos and responses. Have a look. 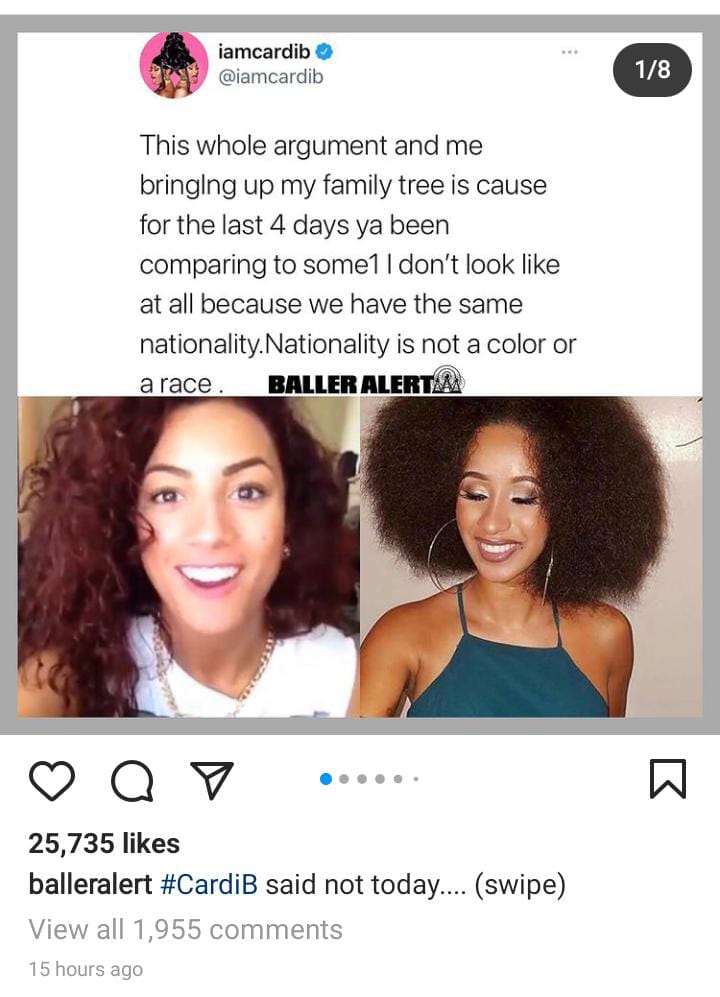