Azealia Banks Stirs Up Social Media in Bizarre Incident As She Appears To Boil Dead Cat! Singer and rapper Azealia Banks has caused a stir on social media after posting a series of disturbing posts involving a dead cat.

Banks began trending on Twitter Tuesday morning after posting a video on Instagram where she appears to dig up her dead cat and later boiling its remains.

The video has drawn wide attention with many people expressing their disgust.

It has now emerged that the video has since been deleted from her Instagram page.

Banks offered no further explanation for the video beyond the caption, which read, “Lucifer. 2009-2020. My dear kitty. Thank you for everything. A legend. An icon. Forever a serval serve.”

Banks later posted a now-deleted series of photos on her Instagram page of a planter with a chain link and lock around it. Inside it was a bottle of Veuve Clicquot, a bottle of Chanel perfume, a $100 bill, peacock feathers, and an animal skull (speculated to belong to the dead cat), among other items. 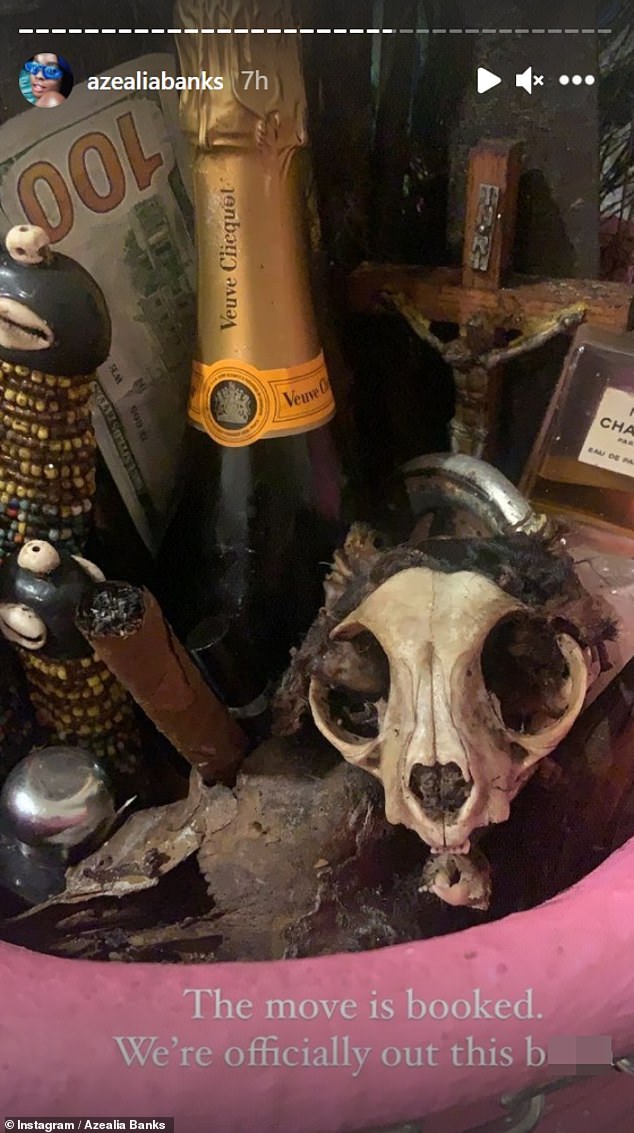 This is not the first time the Harlem rapper is courting controversy, as she’s been at the Centre of multiple scandals in the past.

In 2016, Banks posted a video where she was seen cleaning a closet covered in dried blood and feathers, where she said she practiced “brujeria” — the Spanish word for witchcraft — for 3 years.

Banks has also been criticized for her political views. In 2016, she was under fire following her endorsement of President Donald Trump whereas in August 2020, she was criticized for calling Joe Biden “legitimately scary.”

Saweetie Reveals Why She Kept Her Relationship With Quavo Private!