Ariana Grande, Megan Thee Stallion & Doja Cat Unleash “34+35” Remix Video! Pop star Ariana Grande kicked off her 2021 on a high note by reinvigorating her October 2020 hit “34+35.” As her fans had widely speculated, she sought the help of Doja Cat and Megan Thee Stallion to of course spice up the already well-loved track. Now the trio is back to give the people what they’ve been asking for with their freshly released music video.

As usual, Megan comes in with her energy to match the song’s seductive message;

“Ayy, rock you like a baby, but you know I’m ‘bout to keep you up. Welcome to my channel, and today I’m ‘bout to teach you somethin’. I can make it pop, legs up like a can-can, wake the neighbors up, make it sound like the band playin’/ Bitch, let me get cute, he’s about to come through. I’ve been in the shower for ‘bout a whole hour.He finna act a dog in it so he get the bald kitty. Netflix or Hulu? Baby, you choose.”

While track was Megan and Doja’s first-ever collaboration, Doja and Ariana have previously joined forces on “Motive” off Ariana’s album Positions. The “34+35” remix debuted at number 2 on the Billboard Hot 100 for the week ending Jan. 30th, marking Ariana’s 8th single to appear at the top 2 on the chart.

In the video, the ladies rock fancy, lacy lingerie for the video, which is befitting to the entire song since it’s a euphemism for oral sex.  Doja Cat raps in her verse, “Wake up the neighbors, we got an audience, they hear the clappin’, but we not applaudin’ ’em.” Megan Thee Stallion in a bathtub for the video, raps “I’ve been in the shower for ’bout a whole hour, he finna act a dog in it so he get the bald kitty.”

Watch: Saweetie Reveals Which Wizkid Album She Couldn’t Live Without 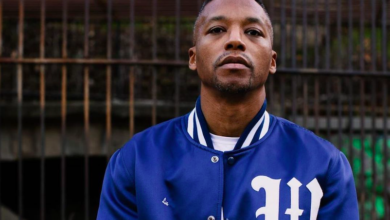