“Y’all Hating As**s” Bhad Bhabie Rants On Twitter! Though a notoriously controversial figure having emerged from the talk show circuit, Bhad Bhabie whose real name is Danielle Bregoli has somehow created a niche for herself in the rap game.

The 17-year-old’s infamy journey began on Dr. Phil after being featured as an out of control child, but over the years, she has grown to become a multi-millionaire from her artistic endeavors and business partnerships.  Despite her success, the rapper can’t escape her contentious comments and disreputable past.

The teen rap star recently vented on twitter about her frustrations with the criticism she’s been receiving about “Blackfishing,” claiming that she understands why some entertainers take their own lives.

See her tweets below. 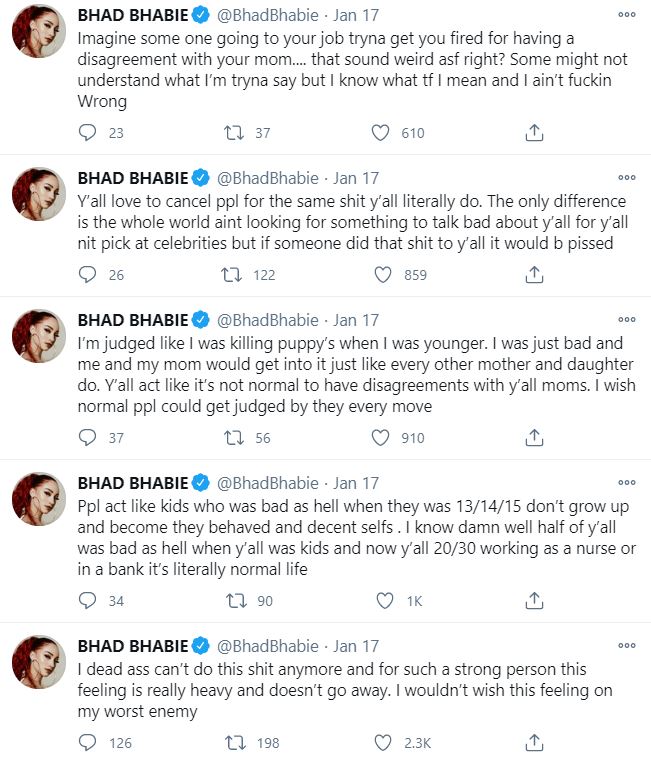