Nas + Toni Braxton + The Weeknd Release New Visuals! Nas  has dropped off an accompanying music video for his Don Toliver and Big Sean-assisted cut, “Replace Me.”

Directed by Christian Sutton, the visual depicts a modern-day Love Jones situation as a woman looks through a moving photo album that consists of memories with her previous partner, Nas. Meanwhile, the two guest features can be seen rapping their lines against radiant lighting and lush floral arrangements, continuously reminding the woman of what she once had with the Brooklyn rapper.

Toni Braxton has released a cinematic new video for “Gotta Move On” which features guitar and a guest appearance from H.E.R. Mike Ho directed the video (he also helmed the visual for Braxton’s previous single “Dance”), in which the R&B legend’s performance of the song is paired with the story of a couple as they endure a difficult break in their relationship. The wife spends much of her time contemplating the end, especially as her husband grows more distant and neglectful. Meanwhile, H.E.R. delivers an electrifying solo in the middle of the video, just before the wife finally makes her decision to leave.

The Weeknd’s haunting “Too Late” off his recent After Hours album got an equally eerie video.

In the five-minute clip, two deranged super fans–heads wrapped with gauze straight from the plastic surgeon–find the singer’s decapitated head in the middle of the road.

The two then embark on an unsettling ménage à trois with the decapitated head, making out with it in their pool before they decide to find a new body for their idol. The unlucky man arrived, seduced by the women before he himself is decapitated. The Weeknd’s soulless corpse finds himself a new body, and two new lovers, as the song builds,

THEY. 'The Amanda Tape' Out Now! PLUS A New Music Video! 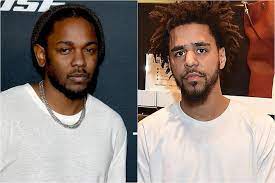